All of July's YA releases, in one place. Which ones will you be buying on release day?

We don’t usually include sequels (even if they’re technically spin-offs) in these lists, but the hype for Tower of Dawn is real! Follow Chaol on his journey to the southern continent in part two of the fifth installment of the Throne of Glass series by #1 New York Times bestselling author Sarah J. Maas. Chaol Westfall has always defined himself by his unwavering loyalty, his strength, and his position as the Captain of the Guard. But all of that has changed since Aelin shattered the glass castle, since Chaol’s men were slaughtered, since the King of Adarlan spared him from a killing blow, but left his body broken. Now he and Nesryn sail for Antica – the stronghold of the southern continent’s mighty empire and of the legendary healers of the Torre Cesme. It’s Chaol’s one shot at recovery, and with war looming back home, Dorian and Aelin’s survival could depend on Chaol and Nesryn convincing Antica’s rulers to ally with them. But what they discover there will change them both – and be more vital to saving Erilea than they could have imagined.

2. They Both Die At the End by Adam Silvera

On September 5th, a little after midnight, Death-Cast calls Mateo Torrez and Rufus Emeterio to give them some bad news: they’re going to die today. Mateo and Rufus are total strangers, but, for different reasons, they’re both looking to make a new friend on their End Day. The good news: there’s an app for that. It’s called the Last Friend, and through it, Rufus and Mateo are about to meet up for one last great adventure – to live a lifetime in a single day.

From #1 New York Times bestselling author Marie Lu—when a game called Warcross takes the world by storm, one girl hacks her way into its dangerous depths. For the millions who log in every day, Warcross isn’t just a game—it’s a way of life. The obsession started ten years ago and its fan base now spans the globe, some eager to escape from reality and others hoping to make a profit. Struggling to make ends meet, teenage hacker Emika Chen works as a bounty hunter, tracking down Warcross players who bet on the game illegally. But the bounty-hunting world is a competitive one, and survival has not been easy. To make some quick cash, Emika takes a risk and hacks into the opening game of the international Warcross Championships—only to accidentally glitch herself into the action and become an overnight sensation. Convinced she’s going to be arrested, Emika is shocked when instead she gets a call from the game’s creator, the elusive young billionaire Hideo Tanaka, with an irresistible offer. He needs a spy on the inside of this year’s tournament in order to uncover a security problem . . . and he wants Emika for the job. With no time to lose, Emika’s whisked off to Tokyo and thrust into a world of fame and fortune that she’s only dreamed of. But soon her investigation uncovers a sinister plot, with major consequences for the entire Warcross empire.

4. Mask of Shadows by Linsey Miller

I Needed to Win. They Needed to Die. Sallot Leon is a thief, and a good one at that. But gender fluid Sal wants nothing more than to escape the drudgery of life as a highway robber and get closer to the upper-class–and the nobles who destroyed their home. When Sal steals a flyer for an audition to become a member of The Left Hand–the Queen’s personal assassins, named after the rings she wears–Sal jumps at the chance to infiltrate the court and get revenge. But the audition is a fight to the death filled with clever circus acrobats, lethal apothecaries, and vicious ex-soldiers. A childhood as a common criminal hardly prepared Sal for the trials. And as Sal succeeds in the competition, and wins the heart of Elise, an intriguing scribe at court, they start to dream of a new life and a different future, but one that Sal can have only if they survive. Check out our review here!

5. Girls Made of Snow and Glass by Melissa Bashardoust

At sixteen, Mina’s mother is dead, her magician father is vicious, and her silent heart has never beat with love for anyone–has never beat at all, in fact, but she’d always thought that fact normal. She never guessed that her father cut out her heart and replaced it with one of glass. When she moves to Whitespring Castle and sees its king for the first time, Mina forms a plan: win the king’s heart with her beauty, become queen, and finally know love. The only catch is that she’ll have to become a stepmother. Fifteen-year-old Lynet looks just like her late mother, and one day she discovers why: a magician created her out of snow in the dead queen’s image, at her father’s order. But despite being the dead queen made flesh, Lynet would rather be like her fierce and regal stepmother, Mina. She gets her wish when her father makes Lynet queen of the southern territories, displacing Mina. Now Mina is starting to look at Lynet with something like hatred, and Lynet must decide what to do–and who to be–to win back the only mother she’s ever known…or else defeat her once and for all. Entwining the stories of both Lynet and Mina in the past and present, Girls Made of Snow and Glass traces the relationship of two young women doomed to be rivals from the start. Only one can win all, while the other must lose everything–unless both can find a way to reshape themselves and their story. Read our review here!

Our story begins on a frosty night . . . Laylee can barely remember the happier times before her beloved mother died. Before her father, driven by grief, lost his wits (and his way). Before she was the left as the sole remaining mordeshoor in the village of Whichwood, destined to spend her days washing the bodies of the dead and preparing their souls for the afterlife. It’s become easy to forget and easier still to ignore her own ever increasing loneliness and the way her hands are stiffening and turning silver, just like her hair. But soon, a pair of familiar strangers appear, and Laylee’s world is turned upside down as she rediscovers color, magic, and the healing power of friendship.

7. The Thing With Feathers by McCall Hoyle

Emilie Day believes in playing it safe: she’s homeschooled, her best friend is her seizure dog, and she’s probably the only girl on the Outer Banks of North Carolina who can’t swim. Then Emilie’s mom enrolls her in public school, and Emilie goes from studying at home in her pj’s to halls full of strangers. To make matters worse, Emilie is paired with starting point guard Chatham York for a major research project on Emily Dickinson. She should be ecstatic when Chatham shows interest, but she has a problem. She hasn’t told anyone about her epilepsy.Emilie lives in fear her recently adjusted meds will fail and she’ll seize at school. Eventually, the worst happens, and she must decide whether to withdraw to safety or follow a dead poet’s advice and “dwell in possibility.”

As a mysterious virus infects the world’s population, a girl embarks on a quest to find a cure in this thrilling debut from Emily Ziff Griffin. Luisa is ready for her life to start. Five minutes ago. And she could be on her way, as her extraordinary coding skills have landed her a finalist spot for a fellowship sponsored by Thomas Bell, the world’s most brilliant and mercurial tech entrepreneur. Being chosen means funding, mentorship, and most importantly, freedom from her overbearing mother. Maybe Lu will even figure out how to control the rare condition that plagues her: whenever her emotions run high, her physical senses kick into overload, with waves of color, sound, taste, and touch flooding her body. But Luisa’s life is thrust into chaos as a deadly virus sweeps across the globe, killing thousands and sending her father into quarantine. When Lu receives a cryptic message from someone who might hold the key to stopping the epidemic, she knows she must do something to save her family–and the world. Suspenseful, lyrical, and thought-provoking, Light Years features a remarkable heroine on an intensely physical and emotional quest for hope and existential meaning.

9. Even the Darkest Stars by Heather Fawcett

The first in a sweeping and action-packed debut fantasy duology loosely inspired by the early climbers of Mt. Everest-perfect for fans of Cindy Pon and Alison Goodman. Kamzin has always dreamed of becoming one of the Emperor’s royal explorers, the elite climbers tasked with mapping the wintry, mountainous Empire and spying on its enemies. She knows she could be the best in the world, if only someone would give her a chance.But everything changes when the mysterious and eccentric River Shara, the greatest explorer ever known, arrives in her village and demands to hire Kamzin-not her older sister Lusha, as everyone had expected-for his next expedition. This is Kamzin’s chance to prove herself-even though River’s mission to retrieve a rare talisman for the emperor means climbing Raksha, the tallest and deadliest mountain in the Aryas. Then Lusha sets off on her own mission to Raksha with a rival explorer who is determined to best River, and Kamzin must decide what’s most important to her: protecting her sister from the countless perils of the climb or beating her to the summit. The challenges of climbing Raksha are unlike anything Kamzin expected-or prepared for-with avalanches, ice chasms, ghosts, and even worse at every turn. And as dark secrets are revealed, Kamzin must unravel the truth of their mission and of her companions-while surviving the deadliest climb she has ever faced.

Farway McCarthy was born outside of time. With nowhere to call home and nothing to anchor him to the present, Far captains a crew on a dangerous mission into the past.When he collides with Eliot – a mysterious, secretive girl, whose very appearance raises questions about time itself – Far immediately distrusts her.But he must take a leap of faith, following Eliot on a race against time, if he is to protect everything he’s ever loved from disappearing forever.

What YA releases are you excited for? Let us know in the comments or on Twitter! 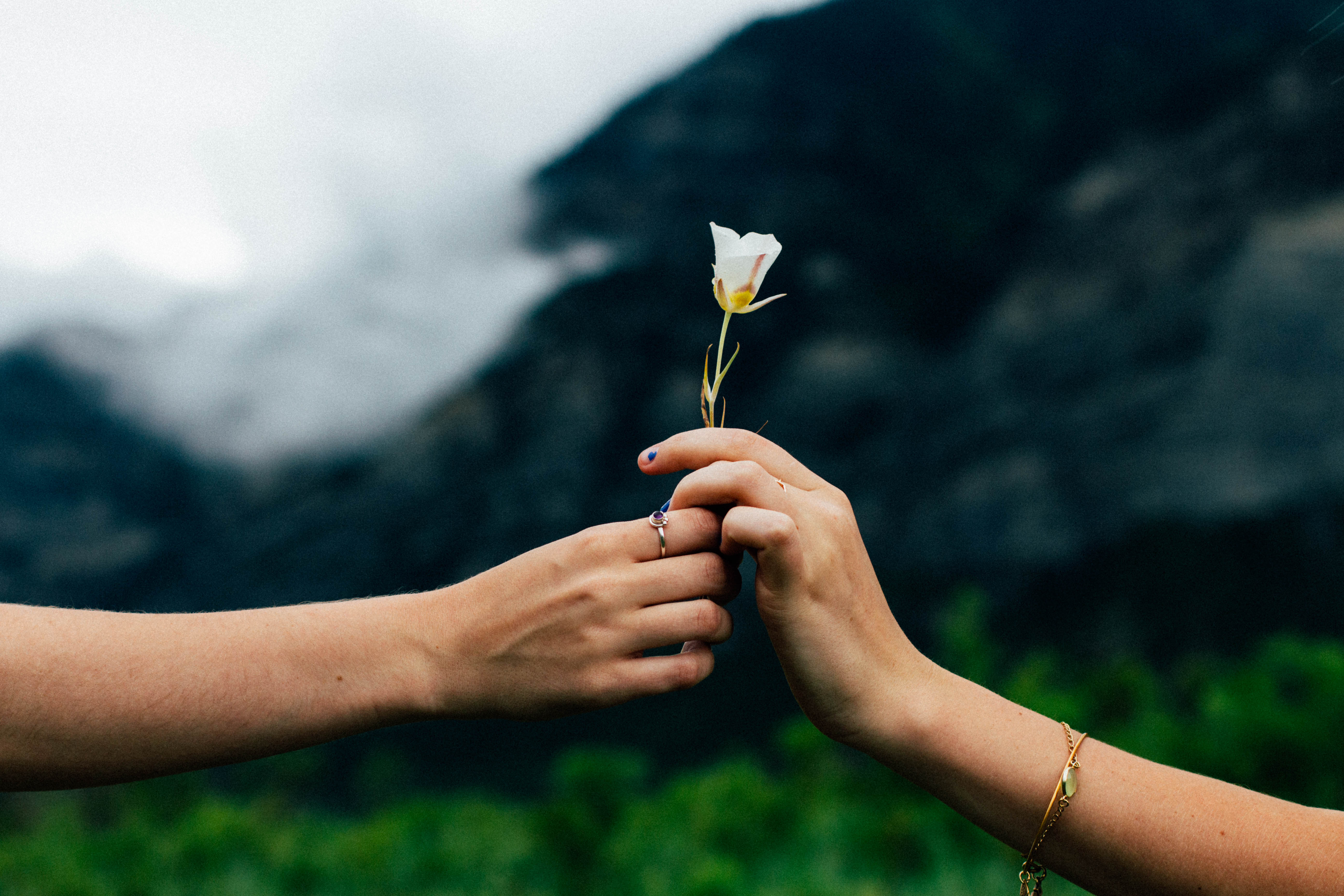